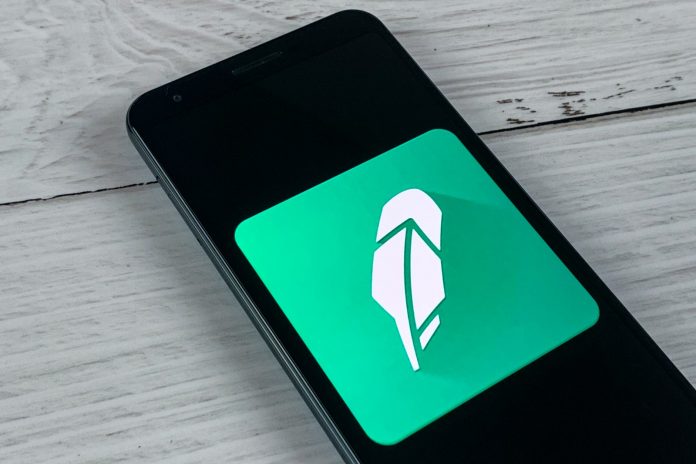 Robinhood, the fee-free trading app that promised to level the playing field for retail investors, has by now made good on its promise: The app hasn’t only caught on amid a global pandemic, but it’s become a powerful driver of the market itself, with Wall Street now scrambling to adapt.

This is democracy in action, and it’s exactly what Robinhood intended, even if its makers did not foresee COVID-19, a global lockdown and a rather abrupt piling in to stocks by amateur investors.

The popularity of the app has led to what has since become known as the “Robinhood effect”–a phrase coined when the stock market, which tanked at the beginning of the pandemic, suddenly rallied within weeks, with some stocks hitting all-time highs. While there are plenty of theories floating around out there, the most popular is these young, inexperienced investors under stay-at-home orders started investing in droves, via Robinhood–and their stock picks defy traditional “logic”.

Wall Street is now obsessed with “Robintrack”, which shows which stocks retail investors are pouring their money into. The Robinhood hot list, or leaderboard, has become a must-view document for hints as to market sentiment that isn’t necessarily driven by fundamentals. And the “leaderboard” isn’t a service offered by Robinhood itself; rather, it was a project created by a college student in 2018.

But in this case, full-on trading “democracy” didn’t come about by any political change of heart by anyone.

A huge catalyst has been the pandemic, and plain and simple boredom.

As such the rise of retail investing can in many ways be chalked up to plenty of free time on the hands of young people who have a bit of cash, are thinking of the future, but have no real knowledge of how to invest.

And they also have no fear of going against the grain and playing contrarian–even to legendary investors such as Warren Buffett or Carl Icahn. They also don’t feel the need to seek guidance from investment advisors. In the age of plentiful information, they’re happy going it alone.

But there is also a potential “gaming” or “gambling” element to all of this, made much more alluring by zero-fee trading.

The Market Has A New Driver Behind the Wheel

It’s hard to say exactly how much influence these new retail investors have on the market, or how much their influence has increased during the pandemic.

But there are plenty of clues as to why Wall Street should be wary.

A JPMorgan study released in August 2020 noted that the most popular Robinhood stocks tend to outperform their less-traded counterparts, which suggests that whether these amateurs know what they’re doing or not, they are indeed driving the market. Their lucky guesses and gut instincts are infectious.

The study found that as a stock increases in popularity on Robinhood, its returns outperform its less-popular peers on a one-week and one-month basis.

JPMorgan also found that small and mid-cap companies (not large-caps) experience a bigger impact from the piling in of Robinhood users.

The final opinion of the bank was that the Robinhood data “demonstrates the long-term persistence in individual trader behavior”. In other words, this rising class of young retail traders scoffing at the traditional ways are having a huge impact on the market.

Wall Street was taken off guard, but in short shrift found the new game to play. Using the Robintrack leaderboard, according to Jim Cramer, Wall Street traders started stepping in pre-market to bid up stocks that ‘Robinhooders’ would like, then attempting to flip them to these young investors when the market opened, in the newest money-making game.

But Robinhood is about democratizing the trading world, and since Wall Street became so obsessed with Robin Track, the zero-fee app has clamped down. It’s not sharing trading data with third parties anymore.

The app previously offered a stock popularity data feature, and anyone could view it. But in August, it turned that off.

The giant hedge funds may be critical of these young investors piling into stocks that have even gone bankrupt, but they are hungry for Robinhood data because they are using it to drive their own returns, which speaks to the app’s incredible importance at this watershed moment in market history.

The average new retail investor isn’t likely to pour through the quarterly financials of their favorite stock pick.

Instead, they consider wider trends, what will make an “impact”, what’s popular on Robinhood, and … ultimately, what’s cheap.

They bought bankrupt Hertz and JCPenney even when everyone else was bailing because they were cheap and they saw the “bottom” for a rebound. They bought airlines in a bet against Buffett. They even bought cruise lines during lockdown.

While they prefer renewable energy, they tend to add a single oil stock to their portfolio, which lately has been Marathon Oil (NYSE:MRO)–again, because it’s the cheapest major out there and looks like it could be flush with cash fairly soon, which suggests a bigger upside if oil prices climb.

The bottom line is this: Whatever you thought you knew about the market has been upended. There’s a new force in town, and it’s young and doesn’t want your advice, which means that hedging on the next stock to rally requires getting into the head of the 30-something stay-at-home Robinhood investor.