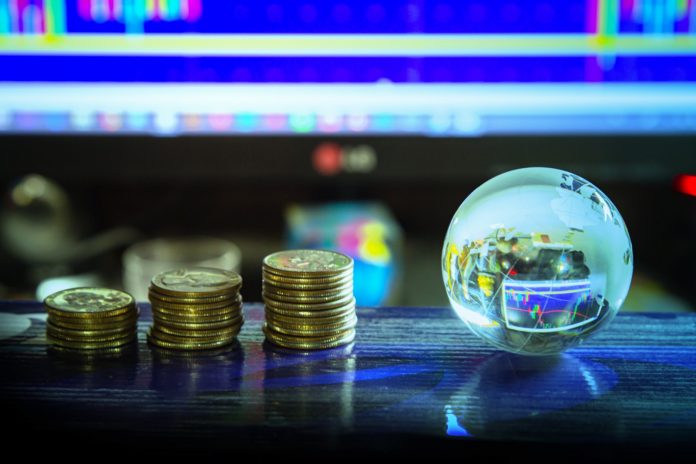 There’s an old adage in investment circles that suggests that “the trend is your friend.”

For decades, megatrends have always set the stage for winning investments, whether they involved technological revolutions, government driven regulation or population demographics.

This has certainly continued to ring true with ESG investing, and not even the Covid-19 pandemic has been able to slow down the momentum. In fact, quite the opposite.

Over the past half decade, ESG (Environmental, Social and Governance) has emerged as the new global megatrend, muscling out its own space and even outcompeting other megatrends. Every year, more than $3 trillion in new global funds have been flowing into the $30 trillion ESG market--and even the Big Banks are feeling the ethical squeeze keenly.

Bank of America has named climate change and moral capitalism as two of the 10 megatrends that will dominate the 2020s.

And now, many investment banks won’t even touch fossil fuels, especially coal, with a 10-foot pole.

Last year, no less than 26 banks announced they would no longer finance new coal plant projects anywhere on the planet, while another 22 banks pledged to stop direct financing for new thermal coal mine projects.

Leading up to the 2015 Paris climate talks, Goldman Sachs, Citigroup, JPMorgan Chase, Bank of America, Wells Fargo, and Morgan Stanley aka the Big Six all pledged to freeze financing for coal projects especially in the developed world or lower their credit exposure to coal miners.

They weren’t just paying lip service to climate change, either.

Last year, Goldman Sachs made history after becoming the first Wall Street bank to use its fat wallet to renounce fossil fuel investments. GS ruled out financing any new oil exploration or drilling in the Arctic, as well as financing any new thermal coal mines anywhere in the world. Goldman declared climate change as one of the “most significant environmental challenges of the 21st century” and has pledged to invest $750 billion over the next decade into areas that focus on climate transition.

In April 2020, Citigroup pledged to stop financing thermal coal miners by 2030, while Germany’s largest lender, Deutsche Bank, vowed to cut ties with any banks that continued to derive more than half their revenues from the coal industry by 2025.

They are in good company, too.

In January 2020, BlackRock Inc.(NYSE:BLK), the world’s largest asset manager with more than $7 trillion in assets under management (AUM), pledged to grow its ESG and green portfolio from $90 billion to more than a trillion dollars over the next decade.

But ESG is no longer merely associated with a warm moral glow and second-rate returns.

Green investing can be a serious money-spinner, too, as the red-hot renewable energy, EV and hydrogen sectors are proving: All three continue to handily outperform the global equities and bond markets.

The scary thing is that the ESG drive has actually been gaining momentum during the Covid-19 pandemic.

According to research provider ETF Flows via MarketWatch, $15 billion in new funds flowed into ESG funds during the first half of 2020, or 40% faster this year compared to a year ago.

During the first quarter of 2020, a good 10-out-of-12 ESG-focused index funds that were surveyed outperformed the S&P 500, while all 11-out-of-11 foreign-based ESG funds have trounced their respective international benchmarks.

The Covid-19 pandemic has taken a heavy toll on the fossil fuel sector and accelerated the shift from coal and oil to renewables like wind and solar.

Widespread lockdowns have resulted in energy demand plummeting: Oil demand fell by 30 million barrels per day at the height of the lockdowns, equivalent to 30% of pre-crisis demand evaporating. A new report by the International Energy Agency (IEA) states that global energy demand is set to plunge 6% Y/Y in 2020, roughly the same as losing the entire energy demand of India.

And there has never been a worse time to be invested in fossil fuels, with companies in the space recording massive asset write-offs and a growing pile of stranded assets. Consequently, fossil fuels’ most popular benchmark, the Energy Select Sector Fund (XLE), has lost nearly 36% in the year-to-date despite paring back much of its earlier losses after the epic oil price crash that sent oil prices into negative territory for the first time ever.

Coal stocks are absolutely getting mauled: The sector’s best-known name, Peabody Energy Corp. (NYSE:BTU), has tanked 70.2% since the beginning of the year and 85.3% over the past 12 months.

The good part: The renewable energy sector has been gleefully bucking this trend, thanks to continuing healthy growth in the midst of the storm.

Not surprisingly, renewable energy stocks have been flying: The sector’s favorite benchmark, the iShares Global Clean Energy ETF (ICLN), has tucked on gains of 36% in the year-to-date and nearly 50% over the past 12 months compared to a 4.7%  gain by the S&P 500.

The solar sector has been doing gangbusters, with the Invesco Solar ETF (TAN) up nearly 70% YTD, with some of its top stocks up in triple-digits:

After several false dawns, the hydrogen sector has suddenly come alive with a bang.

Back in June, the European Union outlined its ambitious new hydrogen strategy that will help companies in the region achieve carbon neutrality by 2050. Among other things, the EU pledged to build 40 gigawatts of electrolyzers by 2030, which works out to 160x the current global capacity of 250MW.

Meanwhile, the U.S. Department of Energy recently announced its first hydrogen investment dubbed the H2@Scale initiative whereby it will invest $64 million in a handful of companies to undertake hydrogen research projects.

The hydrogen bug has bitten even energy utilities, with renewable energy giant, NextEra Energy Inc. (NYSE:NEE), recently talking up plans to convert its natural gas plants to run on hydrogen.

That said, one Wall Street analyst has warned of a hydrogen bubble.

Just like hydrogen fuel cell makers, investors can’t seem to get enough of EV companies, thanks in large part to the successes of the leader in the space, Tesla Inc. (NASDAQ:TSLA), as well as the ESG boom.

Indeed, TSLA has run up so much that the company has announced a five-for-one stock split. That has, ironically, sparked off yet another rally presumably because the shares are now more affordable, never mind the fact that’s a moot point in this era of fractional trading.

Investors appear thrilled that Tesla has continued defying Wall Street’s bearish expectations. During its latest earnings call, the Palo Alto, California-based EV manufacturer delivered 90,650 vehicles vs. 83,000 units that Wall Street had chalked in for the company. That’s a remarkable feat given the Covid-19 backdrop;  but more importantly, it’s also proving that even dirt-cheap fuel prices cannot stop the green revolution.

Tesla’s EV peers have similarly been on a tear: Chinese EV manufacturer, NIO Inc. (NYSE:NIO), has soared 233% YTD, while Nikola (NYSE:NKLA) and Workhorse (NASDAQ: WKHS) are up 315% and 407%, respectively.

The EV explosion is expected to continue, with Bloomberg New Energy Finance predicting that 10% of new vehicle sales in 2025 will be electric compared to only 2.7% in the current year. Still, a cross-section of Wall Street has sounded the alarm on the sector due to thin or non-existence profits (Tesla and NIO) or lack of products (Nikola and Workhorse).