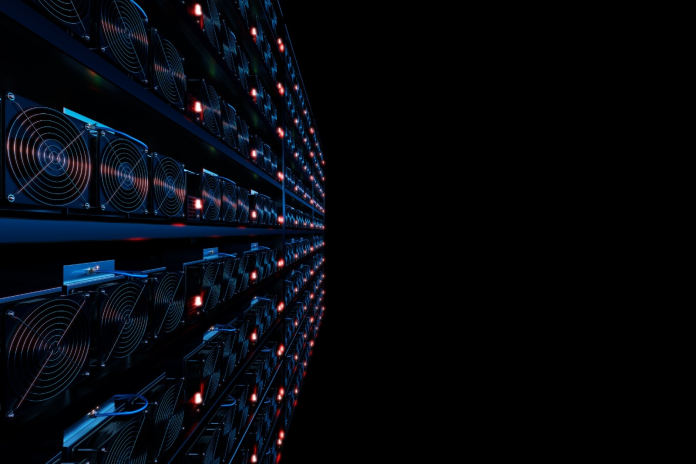 The year 2020 is so far proving to be another bumper year for Bitcoin and cryptocurrency bulls. After a worrying slump following the global stock market crash in March due to the Covid-19 pandemic, as of end-July 2020, Bitcoin had staged a quick recovery to cross the $11k mark for the first time since August 2019. That gave it a 52% gain in the year-to-date, with 93% of all bitcoin wallets in the black as per Glassnode estimates.

Suddenly, last year’s bullish predictions that BTC could eclipse the 2019 high of $12,920 do not appear so far-fetched.

Meanwhile, the rest of the crypto universe has been even more impressive: The collective market cap of altcoins such as Ethereum, Ripple, Bitcoin Cash and Bitcoin SV have nearly doubled since the beginning of the year.

There are several reasons that can explain the strong performance by cryptocurrencies in the current year including gradually filling their boots as a safe haven during turbulent times, stimulus packages, a weakening dollar as well as Bitcoin’s third halving, which happened in May 2020.

But predicting long-term crypto trends can sometimes be a fool’s errand due to the extreme volatility of cryptocurrencies, the still nascent state of the industry, the fact that crypto performance is mainly driven by speculation, and also because the space remains largely unregulated.

Nevertheless, here are our top 5 long-term trends to watch in the sector:

Since its inception 11 years ago, Bitcoin has frequently been touted as digital gold. However, the Covid-19 pandemic has finally allowed Bitcoin’s safe haven credentials to truly shine through.

Following the disruptive effects of the pandemic on economies, the world’s governments have unveiled massive monetary and fiscal stimuli (over $15T) in a bid to forestall an economic meltdown. Huge cash injections into the global economy can weaken currencies such as the dollar and potentially trigger inflation which in turn encourages investors to park more of their money in safe haven assets such as bitcoin and gold.

This appears to have started already.

The U.S. dollar has declined 10.2% against a basket of the world’s leading currencies since March shortly after the Senate approved the historic $2 trillion stimulus package. Meanwhile, Bitcoin and gold have rallied sharply in tandem, with Bitcoin having more than doubled from its March lows while gold is now hovering at all-time highs.

Last year, U.S. Congressman Brad Sherman (D-CA) claimed that Bitcoin posed a threat to the dollar’s dominance in the global economy. You can expect Bitcoin’s safe haven credentials to continue to shine especially as economies begin to grapple with the unintended consequences of the generous stimulus packages.

After initial resistance, institutions and even central banks have warmed up to the idea of cryptocurrencies.

In 2019, the U.S. Securities and Exchange Commission (SEC) approved the first Act-regulated Bitcoin fund thus opening the doors further for Bitccoin’s adoption by institutional investors. Analysts now believe that a Bitcoin ETF might not be far off. Meanwhile, the Grayscale Bitcoin Trust (BTC), a fund that facilitates investor exposure to BTC without the hassles of buying, storing, and safekeeping actual BTC, has seen its Assets Under Management (AUM) soar to $4.5B.

In January, a survey by Bitwise and ETF Trends found that 9% of independent registered investment advisors (RIA) allocate client funds to cryptos with financial advisors planning to double their allocations to 12% in the current year. Meanwhile, the Fed is mulling launching a currency-backed stablecoin like Ripple in order to facilitate secure, real-time payments and settlements. Facebook has launched the Libra cryptocurrency project while the New York Stock Exchange’s parent company Intercontinental Exchange (ICE) and Microsoft are backing the Bakkt crypto exchange.

In May, famous hedge funder Tudor Jones told Bloomberg that he believes Bitcoin is a good hedge against “great monetary inflation’’ and that his $22B Tudor BVI fund could increase Bitcoin futures allocations into as much as the low single-digit percentages.

With institutions increasingly opening up to cryptos and the SEC more willing to authorize more crypto-backed funds, it might only be a matter of time before cryptocurrencies finally move into the investment mainstream.

Unlike smaller cryptocurrencies, Bitcoin does not receive serious upgrades very often mainly in a bid to maintain its soundness and stability. However, the leading cryptocurrency could see a flurry of upgrades in the coming years.

Bitcoin is expected to receive the so-called ‘soft forks’ in the form of Schnorr, Taproot, and Tapscript. The soft forks–which are mainly intended to improve Bitcoin’s privacy and scaling– are still under review and could be launched later during the year or in the next year.

Meanwhile, new developments are expected to take place on layers above the base Bitcoin protocol. Notably, the Lightning Network is a solution that is expected to make Bitcoin transactions faster and also enhance cheaper Bitcoin micropayments. The argument goes that Bitcoin transactions need to be verified much faster if it ever hopes to become a fully-fledged alternative that can compete with currently existing payment systems. For perspective, the Bitcoin network processes a mere 7 transactions per second compared to Visa’s average of 24,000.

#4 Rise of the Altcoins

We have so far focussed our cryptocurrency navel-gazing on Bitcoin, and for good reason: Bitcoin remains, by far, the most dominant cryptocurrency. According to CoinMarketCap, currently there are 5,837 cryptocurrencies in circulation with a combined market cap of $328.6B. Of this, Bitcoin commands a market cap of $205B, or 62.4% of the entire market.

Nevertheless, altcoins have been enjoying another stellar run even bigger than Bitcoin’s. The tilt back towards altcoins can be chalked up to several factors. First off, there’s renewed confidence in the value proposition of Bitcoin alternatives after JP Morgan reported positive progress with its ethereum-based interbank payments system.

Second, the launch of Ethereum 2.0, an extensive upgrade that’s  intended to radically transform the Ethereum smart-contract platform, remains on track for year-end. The highly ambitious project is likely to bolster interest in Ethereum and other leading altcoins.

On the opposite side of the spectrum, a shakeout for the crowded crypto space could be looming.

Nouriel Roubini, an American economist and avowed crypto sceptic, belongs to the camp of those who believe that a cryptopocalypse is not far off. Roubini told delegates at a recent CC Forum conference in London that in years to come, there won’t be thousands of competing cryptos as is currently the case. Brock Pierce, an entrepreneur and chairman of the Bitcoin Foundation shares similar views.

There’s some credibility to their bearishness though.

Some Bitcoin experts believe that upcoming innovations such as the Lightning Network and Bitcoin Sidechain are likely to eventually render many altcoins worthless.