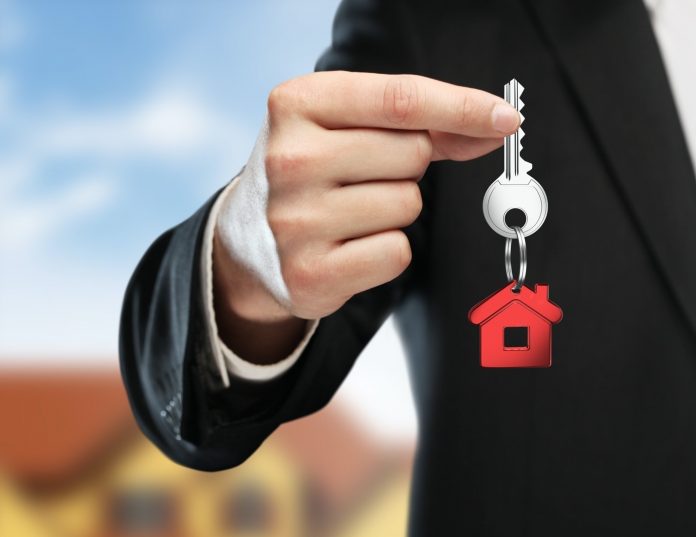 Real estate thought it was going to breeze through the pandemic while it watched travel, retail and service industries plunge into COVID uncertainty, and while the industry isn’t crumbling, a visible slowdown will have to prompt change.

The Spring 2020 real estate shopping season was pretty much a wash. Newly listed homes were down 27% compared to the same time a year ago. The effects were more dramatic in certain areas such as New York City where new listings were down nearly 57% on the year.

It should help that mortgages are cheaper, but it doesn’t when they’re also harder to get.

By mid-July, average rates on 30-year fixed mortgages had fallen below 3% and the 15-year fixed rate to 2.48%. That’s a historical first. But lending has gotten stricter making it harder to get a home loan. The proof is in the numbers: Nationwide volume of mortgage applications for loans used to purchase homes was down around 24% compared to the same time last year.

All things considered, however, for real estate, this isn’t the 2008 financial crisis. It’s not positioned to result in huge losses for home values such as happened a decade ago when the housing market lost nearly $9 trillion dollars by 2010, and when countless people found themselves holding real estate that was worth far less than what they owed on it.

The pandemic has not resulted in panic selling, despite all the economic uncertainty and job losses, even if growth has been painfully slow. In early March 2020, median list prices were up 4.4% annually on average, but by early April 2020 they were up just under 1%, the slowest growth in seven years.

But that doesn’t mean that real estate isn’t going to have to change with the times, and it’s stubbornly resisted so far, to its own detriment.

Here are 4 top real estate trends that will drive the industry forward over the next decade:

Real estate can’t possibly think that it’s going to slip under the radar and continue with decent sales if it fails to embrace everything advanced technology has to offer this industry. Whether it’s the latest tech-driven sales techniques, AI leads or energy efficient design, tech will have to play a huge role.

In fact, as far back as 2013, an AI study by Oxford predicts a 97-99% change that there won’t even be any real estate agents within a decade. They’ll all be taken over by AI agents that can more efficiently match buyers and sellers and use high-resolution, interactive 3D virtual reality for showings. New VR offerings will also let buyers add their own interior design elements to a property while they’re shopping. That could also lead to a “globalization” of real estate, with buyers having more and easier options for shopping abroad from the comfort of their couch.

The global pandemic has given the VR real estate experience a major boost as buyers and sellers require contactless, safe showings. So, what was a slow-moving trend over the past years will now become a megatrend.

And it will also hit out at agent fees for buyers and sellers. A 6% fee for selling your house in the age of advanced technology is exorbitant. If all the work is done virtually, and if prospective buyers and sellers can put together their own high-tech virtual showings and list and shop on online venues such as realtor.com and Zillow.com, is the real estate agent’s effort really worth thousands of dollars? No. As Forbes points out, that’s a lot to spend for an agent to essentially put together a purchase agreement for you to sign.

Platforms such as opendoor.com, which currently only operates in select cities, are positioned to take over the real estate market entirely. And they go far beyond the simple aggregators like Realtor and Zillow. Instead, they offer ways for sellers to sell without going to realtors, buyers to buy sight unseen (physically) and financing options as well.

Energy-efficient buildings, for one, will force a stark evolution of  urban design, and smart solutions will increasingly be the only solutions. The home of the future is smart in many ways, featuring everything from water detection, humidity indicators and digital assistants to security cameras and everything that the rise of 5G will deliver as well.

Retired or retiring Baby Boomers generation are looking to downsize and preferably move to warmer climates, with the cliché of retiring in Florida having set the pace for decades. However, the younger generations aren’t interested in buying those huge suburban houses that the older generations are now selling.

Some of those houses spend up to a couple of years on the market and then end up selling for half the price. Millennials don’t want them, and they are a driving market force, numbering some 80 million in the U.S. alone.

If there aren’t enough home-buying customers for those big suburban homes, there is apparently a growing market for renting them, and a new trend is now emerging with the ‘Storage King’ the first to latch onto it.

It’s an idea that arose out of the 2007 housing market crisis, and one that self-storage billionaire B. Wayne Hughes is now making happen.

Hughes is now buying up and renting out suburban houses on a national scale. He calls them “McMansions”, and the global pandemic is helping. Homeownership is becoming increasing unaffordable, according to the Wall Street Journal, and the COVID pandemic will further solidify that. Those investors who hungrily bought up these houses over the past years are now going to benefit.

Hughes’s California-based American Homes 4 Rent now boasts some 53,000 suburban houses in 22 states and collects about $1 billion in annual rent. And the pandemic has boosted showings and lease-signings.

In Q2 2020, commercial real estate transactions fell 68% compared to the same period of 2019. When this sector emerges from its deal-making paralysis, it may look quite different.

For commercial real estate, the new trend of working remotely will have lasting impact over the next decade.

According to Global Workplace Analytics, new surveys show that 25-30% of the workforce will end up working from home multiple-days-a-week by the end of 2021.

Office space is set to take a hit as remote work becomes the new normal. Retail space will have to be redesigned and spread out for health and safety concerns, and industrial spaces will also need a pandemic-focused rethink, even once we have a vaccine for COVID. If they don’t, investors will view companies as failing to mitigate future risks.