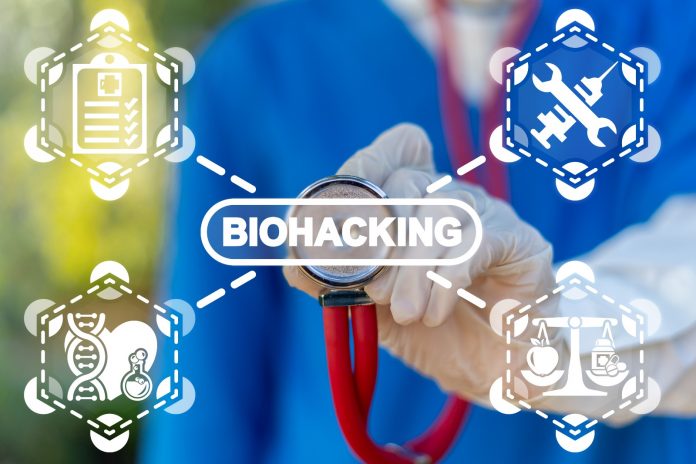 Why Was I Born, If It Wasn’t Forever?— Eugène Ionesco, French Playwright.

Since the dawn of civilization, humanity has grappled with the ephemeral nature of life and harsh finality of death. For many millennia, human societies have scoured high and low for the elusive fountain of youth, trying everything from offering sacrifices to appease the gods and uttering magic incantations to invoking alchemy and imbibing on a cornucopia of potions, elixirs and concoctions, some so potent that they were more likely to hasten what they were supposed to prevent.

But if you thought of these sometimes bizarre practices as anachronistic and belonging to a bygone era, think again: In this age of AI, machine learning and IoT, the quest for immortality is going strong as ever.

Whereas a past study has revealed that only a fifth of Americans are thrilled by the idea of living forever, more than 40% say they certainly would want to live a longer-than-normal lifespan.

Part of that is tied to ethics and morality issues.

But whereas some extreme biohacks such as cryogenics remain controversial and exist in a legal gray area, others revolving around genetics, epigenetics and cell reprogramming are well accepted and backed by solid medical practices.

In fact, there’s growing evidence that people with better access to more conventional medical technologies such as organ transplants are already outliving their less fortunate brethren by a significant margin.

The science of cheating death is big business, with the global medtech industry including vitro diagnostics (IVD), cardiology, diagnostic imaging and orthopedics valued at $450B in 2019 and expanding at a robust clip. Indeed, IVD currently generates some $53 million globally but is forecast to reach $80B by 2024.

According to the report by Market Research Future, the Global Biohacking Market is expected to grow at a CAGR of 19.42% between 2017 and 2023 thanks to growing awareness about biohacking, extensive demand for smart devices and drugs and increasing prevalence of chronic diseases across the globe.

The majority of the players in this industry are under pressure to develop advanced healthcare interventions that are not only efficient but can also justify the high cost that patients are often willing to pay for these procedures. Although innovation and technology are creating new opportunities for providing efficient treatment, they are also intensifying competition from non-traditional entrants. Indeed, the biohacking sector has become a new battleground as players both big and small compete for venture capital. Thankfully, the entire sector appears ripe for disruption with rapid advancements in technology forcing many older companies to shift from their core competencies and investing heavily in talent, R&D and partnerships to remain competitive.

Silicon Valley billionaires such as Sergey Brin, Larry Ellison and Peter Thiel have radically changed the world through their Big Tech innovations, however, they have now trained their sights on fighting death itself.

These ultra-wealthy investors are using their financial and technological might to back startups that focus on achieving immortality and outsmarting death.

Here are some of the leading players in the field.

Calico, the abbreviation for California Life Company, is a venture company founded by Bill Marisa, former CEO of Google Ventures and is aimed at specifically researching age-related problems.

The Venture began in 2013 with private funds to the tune of $1.5 billion raised from Google and its former partner Abbvie. Calico has previously been heavily criticized for its secrecy.

The advocates  of immortality are at present divided into two camps:

The Methuselah Foundation is considered the unofficial leader of tissue thinkers. Aubrey de Grey, a leading bio-gerontologist with a background in AI and high-end computer science, co-founded Methuselah, a non-profit medical charity aiming at fighting aging through modifications in tissues and DNA in order to increase human life spans, in 2003. The foundation has received $3.5 million from former PayPal CEO, Peter Thiel.

In 2009, Aubrey’s foundation branched out to SENS Research Foundation, a research foundation which works on specific projects to fight aging. SENS has received $2.4 million dollars in donations from the founder of blockchain platform ethereum, Vitalik Buterin.

SENS is currently developing several novel therapies that cure and prevent the diseases and disabilities of aging.

Cryonics is one of the technologies aimed to fight mortality that involves freezing dead bodies with a view to reviving them at a later date.

Cryonics is based on the premise that if someone has died today because of an incurable disease, he or she could be frozen until we discover a cure for the disease at which point the person can be revived.

Cryonics Institute and Alcor Life Extension Foundation are world leaders in and provide cryonics services to optimists who want to preserve their bodies to be revived when conditions are right. Currently, 157 individuals have been preserved cryogenically with several thousands more on the waiting list.

Mindstrong Health is a Californian company that aims to transform mental health. The company has created an app that can detect mood and even diagnose depression. The app has been attracting considerable interest, helping the company secure $31 million investment at the start of the year.

Other honorable mentions in the biohack and wellness space include: