Home Markets This Market Segment Has Blockchain Investors on the Prowl 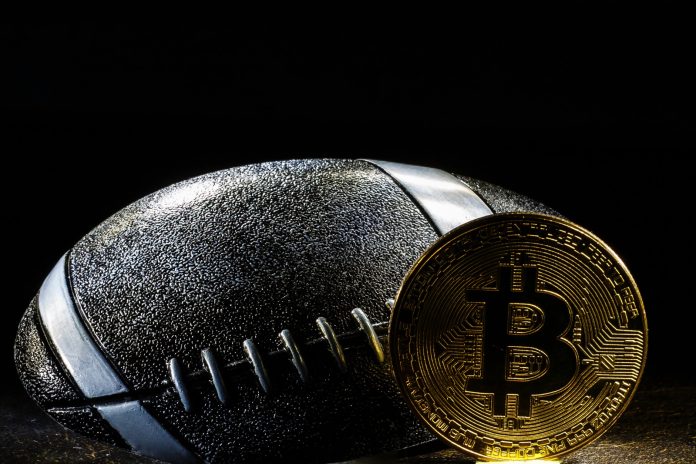 The past 12 months have seen an explosion in the market for digital collectible cards with “Sports Cards” searches recording a more than 100% surge according to Google Trends.

And people are willing to pay an incredible amount of money for digitized sports cards. Recently, a tokenized 13-second video play of Zion Williamson’s New Orleans Pelicans debut was sold as a non-fungible token (NFT) for $100,000, while another for a LeBron James dunk sold for an eye-popping $208,000.

Even Mark Cuban, the eccentric billionaire who has previously expressed serious misgivings about the bitcoin/crypto craze and likened it to the Dotcom bubble of 25 years ago, has just conceded that NFTs are the real deal because “you can sell anything digital using NFT”.

Cuban has told CNBC that were he to start a company today, he would center the business around NFTs, blockchain technology and smart contracts.

But first things first, what are non-fungible tokens exactly?

Non-fungible tokens, or NFTs in short, are unique cryptocurrency tokens used to represent assets such as digital art, movies or music. NFTs can be bought and sold like any physical asset; however, they have the big advantage of running on blockchain, meaning ownership and validity of the asset they represent can be accurately tracked.

For example, if an art creator can put an NFT-based piece of artwork up for sale where a buyer can purchase a unique token that represents the asset and use it to prove ownership and authenticity of the digital art through blockchain.

NBA Top Shots is an NFT platform that allows fans to buy and sell numbered versions of video clips of player highlights called “Moments”. The platform has been experiencing explosive growth, with weekly sales currently clocking in at $50 million.

With the likes of ESPN providing a constant stream of highlights of NBA games on YouTube, it’s only natural to wonder why anyone in their right mind would want to shell out $200K for a 15-second video clip, however iconic.

Well, the truth of the matter is that you could watch any number of Steph Curry three-pointers, Jamal Murray layups or Giannis Antetokounmpo jams on Kayo. You can even show off your favourite clips to the world on your social media.

However, Top Shot offers something many people value highly: Scarcity, and a shiny new product protected by blockchain technology.

One of the main benefits of digital collectibles compared to physical collectibles such as a rare minted coin or Pokemon card is that each NFT is completely distinct from any other NFT and easily verifiable, meaning each item can be traced back to the original issuer. The NBA only releases a limited number of each Moment. For relatively common ones, that could be a couple of thousands; for rarer Moments, that could be as few as 3 with Top Shot weighing to start selling limited editions of just one.

Each collectable comes with a unique serial number, and allows you to keep all of your Moments in a secure ‘wallet’ for as long as you wish. The entire system is protected by fully encrypted blockchain technology, basically meaning the product is just as secure as bitcoin. But unlike regular cryptocurrencies, NFTs are not interchangeable, including those that exist on the same platform, or belong to the same collection.

You can think of sports NFTs as trading cards with rare or highly-sought after editions worth more. Top Shot guarantees your Moments will remain scarce and no more can be printed after that batch goes out. Plus, you never have to worry about your Moments getting annihilated if rats get into your collection.

Key characteristics of NFTs include:

For instance, one gamer on the Decentraland virtual land platform purchased 64 lots and combined them into a single estate which they sold for $80,000 purely because of its desirable location and road access. Another investor purchased a segment of a digital Monaco racing track in the F1 Delta Time game making them entitled to 5% dividends from all races that take place on the track.

Thanks to blockchain technology, gamers and collectors now have the ability to become immutable owners of in-game items and other unique assets. Players can even create and monetize structures like casinos and theme parks in virtual worlds, such as Decentraland and The Sandbox.

For artists, being able to sell artwork via NFT platforms enables them to reach a global audience of buyers without relying on an auction house or gallery thus allowing them to retain a significantly greater percentage of the profits. Meanwhile, the NFT model makes it possible for the artist to program royalties into digital artwork so that they receive a cut whenever the artwork is sold to a new owner.

Millennials Are Changing The Market—Forever