Home Investing Why Bitcoin Could Be Headed to $400,000 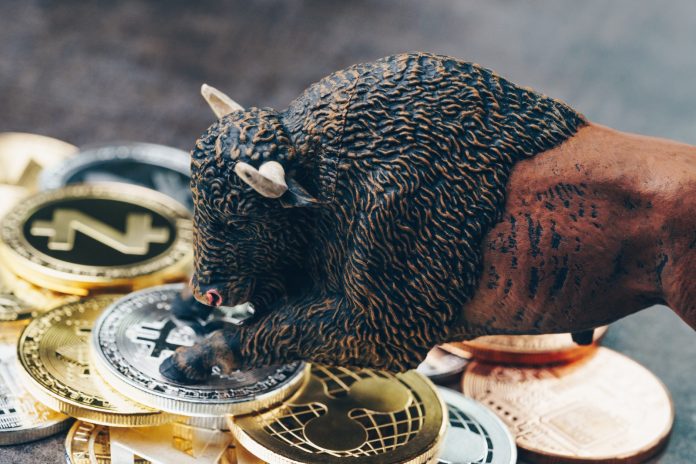 After a 3-year drought, crypto bulls are once again basking in the limelight as bitcoin and its altcoin peers continue to take out fresh highs. Bitcoin hit a 24-hour high of $38,737.65 on Friday, coming within touching distance of its all-time high of $41,940 that it set just over a week ago, and since fluctuating between $34k and $37k+.

The rally is proving to be a speculator’s dream, with bitcoin now boasting a 334% gain over the past 52 weeks.

Even better for the bulls is that this megarally appears to have  real legs unlike the 2017 rally that ended in disaster after the crypto market crashed spectacularly.

The best part, however, is that the financial regulatory authorities and Wall Street finally appear to be fully embracing cryptocurrencies, with Coinbase set to go public in the current year while the Fed has just approved the first digital bank ever.

Hot on the heels of the Coinbase IPO is Bakkt, another crypto exchange which recently announced plans to go public via a SPAC merger.

A month ago, Coinbase, the biggest and best-known U.S. cryptocurrency exchange, filed its S-1 with the SEC to go public. Coinbase’s timing looks impeccable after the mammoth crypto rally that has seen the crypto market surpass a market capitalization of $1 trillion for the first time ever.

But that’s just one of several factors working in Coinbase’s favor. Other unicorn listings that took place last year including Airbnb Inc. (NASDAQ:ABNB), the popular online home rental marketplace, and DoorDash Inc. (NYSE:DASH), an On-Demand logistics based startup, have been home runs with ABNB stock up nearly 150% and DASH having gained 83% since their respective IPOs.

Airbnb is currently valued at $107B, significantly higher than the valuation of older peers such as Booking Holdings (NASDAQ:BKNG) and Expedia Group (NASDAQ:EXPE) with market caps of $86.8B and 19.9B, respectively.

The giant exchange has 35 million customers, and was valued at $8 billion when it last reported in 2018.

Being the first crypto exchange to go public, it’s hard to project how the market will value the company.

However, here’s an encouraging sign for the bulls: Coinbase pre-IPO shares trading on crypto exchange FTX have lately soared. Further, Coinbase has been consistently profitable for years, something few unicorns including Airbnb and DorDash can lay claim to.

That said, Coinbase still has to clear several hurdles before it can finally join the thousands of other companies in the public arena.

Coinbase is not a stranger to controversy and heavy scrutiny by regulatory bodies.

Indeed, Coinbase has had to deal with regulator scrutiny over the years, including having to  submit information on 13,000 customers accounts to the IRS in 2018 who held more than $20,000 in cryptocurrencies between 2013 and 2015.

Further, Coinbase has had to deal with its fair share of disgruntled customers, with Mashable in 2018 uncovering more than 115 customer complaints over issues ranging from site outages and missing funds to lack of customer service.

Coinbase has frequently suffered website outages at critical times including during periods of heavy trading with the outages becoming a reputation hazard for the exchange. Further, Coinbase’s recent decision to halt trading in XRP on Jan. 19 due to the latter’s spat with the SEC has rubbed dozens of customers the wrong which would lead to drawn out court cases.

Given its checkered track record, not least because it’s a big and highly prominent cryptocurrency company, Coinbase might find itself encumbered with regulatory red tape that could lead to many months elapsing before the SEC finally gives the nod for the much-awaited listing.

But crypto bulls have been waiting for this moment for years, and waiting for several more months or maybe even a year cannot hurt too much. In fact, some crypto insiders have welcomed the imminent regulation, seeing it as another step in the crypto legitimization drive which is likely to attract more institutional capital to the industry.

As Flori Marquez, founder of crypto lender BlockFi, has aptly put it:

“There’s been an increased focus on regulators, in terms of looking at this asset class. To know that you have a crypto company in front of the SEC, having active conversations in terms of thinking, How do we make it easier for U.S. consumers to invest in this asset class, is just huge news for the space as a whole… I think it bodes extremely well for future development within bitcoin and what companies can do in the space going forward.”

Bitcoin is emerging as the biggest winner in the latest shift, with big investors now dumping the yellow metal for digital gold citing frustration with traditional financial institutions coupled with a growing lack of engagement.

Perhaps it’s not by coincidence that Bitcoin has shot to record highs at a time when institutional dollars have been fleeing gold.

At a time when bitcoin and cryptocurrencies have been flying, gold has been steadily losing momentum after hitting its historical high of $2,075 per ounce in August.

The Grayscale Bitcoin Trust (GBTC) has recorded inflows of almost $5 billion since October, compared with outflows of $7 billion for gold ETFs, according to JPMorgan. GBTC now boasts $1.27B in assets under management (AUM).

As former commodities hedge fund manager Jean-Marc Bonnefous has noted, gold was the leading safe haven of the past world and baby boomer generation but is now being replaced by automated assets like Bitcoin. A recent global survey by deVere, one of the world’s largest independent financial advisory and fintech organisations, has revealed that millennials, too, prefer bitcoin to gold as a safe-haven asset.

Indeed, Scott Minerd says he arrived at the $400,000 target for bitcoin based off his analysis of gold, and that crypto is now more desirable than the yellow metal. In other words, bitcoin could see gains of 1,000% from here as it continues to replace gold as the preferred safe haven.

Nevertheless, Minerd himself says the crypto’s latest parabolic run has been driven by a speculative frenzy that could result in near-term weakness. Minerd has advised investors to take some profits at this point.