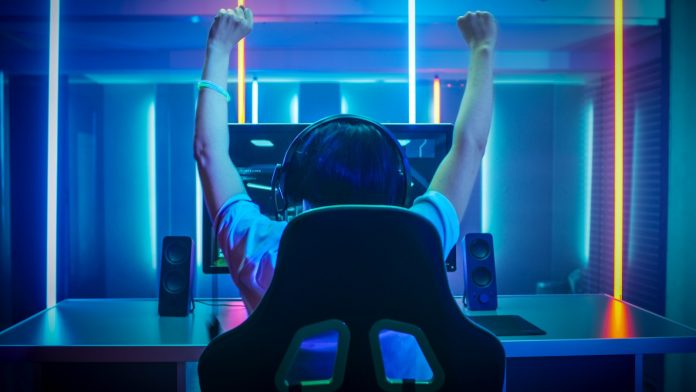 The Covid-19 pandemic has proven to be a major boon for the gaming industry, particularly video games and eSports in the so-called pandemic gold rush. With traditional sports only recently returning to some semblance of normalcy albeit to mostly empty stadiums, online gaming has been able to pick up tens of millions of new fans thanks to widespread business shutdowns and social-distancing measures that have greatly limited peoples’ entertainment options. Further, the lockdowns have coincided with a growing trend of traditional sports leagues venturing into the digital realm.

Gaming stocks have dramatically outperformed the broader market and even investor favorites such as the tech sector.

The gaming sector’s biggest fund and favorite benchmark, the VanEck Vectors Video Gaming and eSports ETF (NASDAQ:ESPO), has returned 77.9% in the year-to-date, dwarfing returns by the S&P 500 Index (SPX) and the Technology Select Sector SPDR Fund (XLK) with 14.3% and 37.9%, respectively.

The November release of new state-of-the-art videogame consoles by Sony Corp. (NYSE:SNE) and Microsoft Inc. (NASDAQ:MSFT) marked the dawn of a new era. With gamers both young and old holed up in their homes with little else to do, eSport and video game spending has skyrocketed–and is increasingly looking to become a multi-year trend.

Microsoft launched its next-generation consoles, the $499 Xbox Series X along with the smaller, discless $299 Series S and also introduced a new launch stream with extended gameplay sessions. A cross-section of experts expect that demand could outstrip supply for months, though many Covid-19-related supply chain issues in Chinese factories have resolved somewhat.

Meanwhile, Sony launched the PlayStation 5 in what has been labeled a high-stakes debut for the company just two days after Microsoft debuted the new Xbox devices. Whereas Xbox will be riding some powerful specs and a popular game-subscription service, Sony launched with high-profile exclusive games such as Spider-Man: Miles Morales.

The video game industry has notched record spending and profits in the year-to-date, with the latest report by the NPD Group revealing that video game sales through 10 months clocked in at $37.5B, a 20% Y/Y improvement. But even more impressive was the fact that hardware spending, usually pressured by impending release of new consoles, ratcheted up 23% year-to-date from the same period last year to $2.5B.

This has become a global trend, too: According to Newzoo, Gamers worldwide are expected to spend a record $175 billion on gaming software alone in the current, nearly 20% up from last year’s figure of $146 billion.

The pandemic has also been proving to be a major boon for eSports. With traditional sports events cancelled in the majority of countries, eSports has managed to pick up tens of millions of new viewers.

For instance, the eNASCAR Series–the digital version of the most-watched competitive sports event on cable TV this year–now draws over 1.3 million viewers. Popular eSports events for games such as Counter-Strike: Global Offensive (CS:GO) now command total unique views in the tens of millions.

And now, the million dollar question: Does eSports have true staying power or is the sector’s recent outperformance a mere flash in the pan?

Turns out expectations are currently mixed.

The big debate that videogame investors have been having is whether the gains will stick or simply go away with the end of the pandemic. Skeptics are arguing that gamers will put down their devices soon as they are able to start attending movies, sports and concerts again. Indeed,  Xbox Chief Marketing Officer Jerret West has labeled this a “comet moment” in the gaming sector that comes every six to seven years where people “reinvest into the ecosystem.” Meanwhile, a NYU professor has told the NYT that the lack of mergers and acquisitions during a time when the industry is enjoying incredible momentum suggests that industry experts are not 100% confident that the good times will last.

Still, there’s reason to be optimistic. Shares of game publishers have quickly bounced back after selling off following the announcement of a flurry of potential Covid-19 vaccines by Pfizer-BioNTech, Moderna, and Astrazeneca among other pharmaceutical and biotech companies. Shares of game publishers have a tendency to go down after positive reports.

The outlook for the eSports sector is equally bright.

Whereas many viewers may abandon eSports once their favorite sports resume on TV, research outfit Technavio has noted that many new fans are likely to stick around even after the pandemic is long gone simply because eSports can be so much fun and packs a punch of sticking power.

Further, the research firm pointed out that even less popular eSports such as ePremier League Invitational, which only attracts ~52,000 viewers, don’t need to beat the numbers by their more illustrious peers in order to be worthwhile for both organizers or the players. That’s because they provide opportunities for players and teams to reach out to a new cadre of fans and potentially attract new viewers in a way physical games cannot do, while also fulfilling obligations to sponsors by offering alternative content.

Another big reason why eSports appeal to both publishers and fans–and are therefore likely to outlast Covid-19–is their sheer versatility compared to conventional sports.