Home ESG Investing ESG: The Biggest Megatrend in a Century 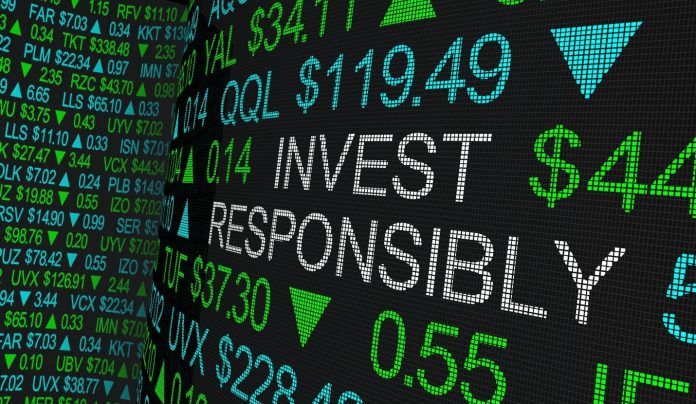 Impact investing stopped being merely a hobby in 2018 when it hit $30 billion. Now it’s a megatrend with a global pandemic increasing the momentum further.

It’s no longer about politics or morality. It’s about making money—plain and simple.

And it’s disrupted Wall Street to the point that BlackRock is now king, and JPMorgan Chase and Goldman Sachs are scrabbling for purchase after having jumped on the impact-investing train less enthusiastically.

BlackRock is ruling the roost precisely because it understood—at the right time—where big capital would end up fleeing.

To the climate and other activists, it means putting your money where your mouth is: Investing in companies that are contributing to society in one way or another. It means disowning those who leave heavy environmental footprints, pay no attention to the human rights element in their supply chains, fail to give back to their communities or engage in questionable business practices.

For energy, it’s meant choosing renewables instead of fossil fuels, among other nuances.

For miners, it’s meant making sure we’re not dealing with blood diamonds or cobalt mined by children in the Democratic Republic of Congo (DRC).

And while all of those are highly honorable issues that investors should be concerned with, they failed to gain mainstream attraction because it’s always about the bottom line. So, if the big money isn’t buying into it, it’s not going to be a megatrend.

Wall Street won’t buy anything if it’s not profitable.

Why? Because big money has determined in this day and age that profit is more likely if risk is mitigated, and climate change has suddenly become real. So, too, in the era of immensely powerful social media, the risk of reputation damage for social irresponsibility or poor governance is very real.

Risk perceptions have changed, in other words. And the COVID-19 pandemic is changing them even more profoundly.

BlackRock has rolled out six new ESG-focused ETFs since January 2020 alone—three of them just in June, at the height of the pandemic.

For the first time in history, BlackRock is selling ESG as a value-based investment strategy.

And it’s not just about climate change. It’s about COVID. It’s about racism. It’s about humanity in general, and big money is buying it.

It’s easy enough to map. ESG ETFs raked in a massive $4 billion in April 2020, and in June 2020 they saw $52 million in outflows based on Bloomberg data, while inflows for the month were over $13 billion. Of that, three BlackRock ESG ETFs were responsible for $8.5 billion in inflows. By July, BlackRock had scooped up $60.4 billion total in ETF inflows.

The money speaks for itself, and ESG competition is on.

JPMorgan even calls this the turning point for ESG investing. I

“The COVID-19 crisis has not only brought on the greatest recession since World War II, but investors are also calling it the 21st century’s first ‘sustainability’ crisis and one that has renewed the focus on climate change, acting as a wake-up call for decision makers to prioritize a more sustainable approach to investment,” wrote JPMorgan’s co-heads of sustainability research Jean-Xavier Hecker and Hugo Dubourg.

The million-dollar question, then, is this: Is the ESG investing megatrend here to stay?

Most likely. That’s because it’s all about risk mitigation, and investors have changed how they view risk, intrinsically. The COVID-19 pandemic hit this point home: This isn’t likely to be the last pandemic, nor is climate change going to suddenly disappear after taking this long to ping mainstream radar.

Further, with the rise of social media, which serves as the most powerful system of accountability that the world has ever seen, companies can no longer afford to play fast and loose with reputation. One wrong move can spark a Twitter storm that sends stocks plunging and investors running for the hills.