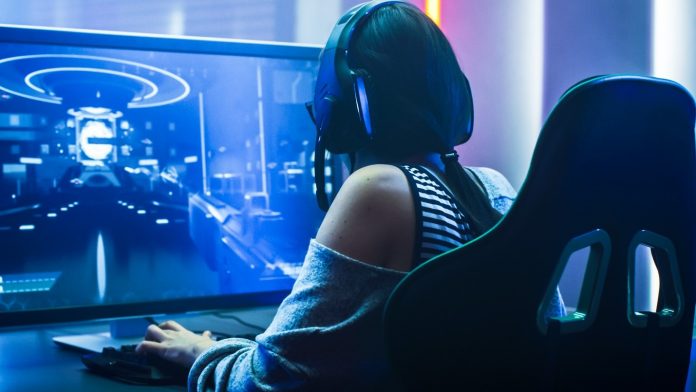 Unless you are into historical games, marble racing or simply live in Belarus, the average weekend warrior has been severely starved of live sports action ever since the Covid-19 pandemic threw the NBA, NHL, MLB, EPL, Formula One and other sporting seasons into limbo.

At a time when ESPN was gearing up to offer its signature play-by-play gamecast presentation for March Madness matchups, we suddenly had to contend with living in a world with nearly zero live sports.

Yet, one form of sporting has exploded in this new era of social distancing: eSports, or competitive video gaming, has become the new way to connect as people stuck indoors tune in to everything from League of Legends and Call of Duty: Modern Warfare to Counter-Strike and ePremier League Invitational.

The pandemic was a major boon for eSports. With traditional sports events cancelled in the majority of countries, eSports picked up tens of millions of new viewers because the timing was such that it coincided with the growing trend of traditional sports leagues venturing into the digital realm.

For instance, the eNASCAR Series–the digital version of the most-watched competitive sports event on cable TV this year–now draws over 1.3 million viewers. Popular eSports events for games such as Counter-Strike: Global Offensive (CS:GO) command total unique views in the tens of millions.

Consequently, when the global economy was expected to shrink 5.2% in 2020, one of the most influential market research and advisory firms in the world, Technavio, projected that the global eSports industry would expand at a brisk 25% clip to eclipse the $1B mark for the first time in history.

eSports as an all-weather play

You would be tempted to think that the gradual lifting of social restrictions and resumption of normal sporting activity by various leagues across the globe would sound the death knell for this rapidly growing industry.

But you would be wrong.

Whereas many viewers may abandon eSports once their favorite sports resume on TV, Technavio noted that many new fans would likely stick around even after the pandemic is long gone simply because eSports can be so much fun and packs a punch of sticking power.

Further, the research firm pointed out that even less popular eSports such as ePremier League Invitational, which only attracts ~52,000 viewers, don’t need to beat the numbers by their more illustrious peers in order to be worthwhile for both organizers and the players. That’s because they provide opportunities for players and teams to reach out to a new cadre of fans and potentially attract new viewers in a way physical games cannot do, while also fulfilling obligations to sponsors by offering alternative content.

Another big reason why eSports appeal to both publishers and fans–and are therefore likely to outlast Covid-19–is their sheer versatility compared to conventional sports.

It’s not like eSports have been completely immune to the vagaries of the pandemic. Large events such as Activision-Blizzard’s Overwatch League that are held in-person in front of sellout crowds were cancelled.

However, unlike traditional sports such as baseball or basketball, the versatility of eSports makes it much easier to shift back online, where it all began. For instance, Riot Games, a developer, publisher and organizer of eSports and tournaments was able to take the League of Legends Championship Series [LCS] online-only in under a week after lockdown measures were imposed.

The biggest takeaway for readers is this: The eSports industry was already growing substantially well before the pandemic struck, and the COVID crisis accelerated that momentum by adding millions of new viewers who became engaged during the months’ long layoff to its ranks.

In addition, the industry was well-positioned to regain the revenue stream that it lost due to the cancellation of live events once live sports action resumes.

In a nutshell, the Covid-19 crisis has been a blessing in disguise for the eSports industry and its vanquishing might prove to be an even bigger one.

Millennials Are Changing The Market—Forever