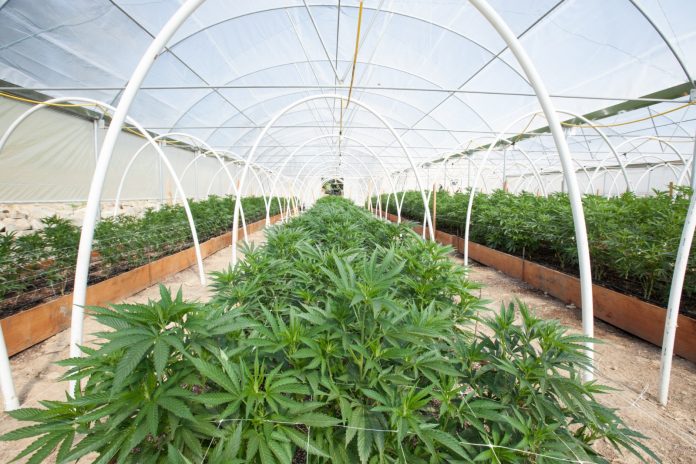 The COVID-19 crisis has packed a big wallop to the global economy that will likely be felt for years to come. Back in June, the World Bank sounded the alarm that the crisis was likely to plunge the economy into the worst recession since WWII. The dire warning has started panning out, with the United States now officially in its first recession in a decade while Australia is in the throes of its worst economic contraction on record. Whereas generous stimulus packages by the world governments to the tune of $15 trillion have been somewhat effective and helped the stock markets recover faster-than-expected, the scale of job losses and destruction of livelihoods remains a big challenge.

It, therefore, comes as a pleasant surprise that the marijuana industry is one the very few sectors of the economy that have continued growing amid the pandemic. Indeed, the cannabis industry is proving very resilient to the Covid-19 economic meltdown.

According to Wall Street analyst Benzinga, 2020 cannabis product deliveries have been outpacing 2019 sales in states where recreational and medical cannabis is legalized, thanks to cannabis being among the few businesses that are considered essential.

Most states allowed cannabis dispensaries to remain open at the height of the lockdown, saving the industry from a similar fate as the majority of brick-and-mortar stores.

For instance, MG Magazine has reported that in several key LeafLink markets, more than 50% of retailers increased their purchases after COVID-19 compared to the earlier part of the year, while wholesale sales surged more than 54 percent from January to June.

It gets even better: Sales are still going strong five months in, thus dispelling the notion that the surge was largely driven by bulk purchases.

That said, it’s not been rosy on all levels though.

Marijuana stocks have underperformed the broader market, with the sector down 23.7% in the year-to-date vs. +9.2% return by the S&P 500.

Analysts were already predicting tough times for the industry even before the pandemic struck as cash and financing continued drying up. Executive departures, layoffs, and steep asset write-downs had become a common theme especially among the top players. Further, fears of a Biden presidency and an increase in corporate tax have been weighing on the marijuana sector.

Alarmingly, leading operators like Aurora Cannabis (NYSE:ACB) and Canopy Growth (NYSE:CGC) have begun scaling back operations, with Aurora announcing in June that it plans to shutter operations at five facilities over the next two quarters.

Indeed, a cross-section of Wall Street has maintained its bullish stance on the industry and has forecast good long-term growth.

And, so far, the outlook appears promising with signs of a market bottom: Some marijuana stocks that had been on a decline for two years have been forming consolidation or base patterns; others like Canopy and Aphria (NASDAQ:APHA) have settled into tighter trading ranges while yet others like Innovative Industrial Properties (NYSE:IIPR) have managed to stage a breakout.

Here are 5 key trends that experts believe will shape the cannabis industry over the coming years.

The year 2020 was supposed to be a banner year for marijuana legalization. Cannabis advocates have been pushing ballot referendums in nearly a dozen states, from New Jersey to Idaho, while governors and state lawmakers had vowed that 2020 would be the year when marijuana finally becomes legal in their respective jurisdictions.

Unfortunately, the pandemic has upended these expectations thanks to state lawmakers  overwhelmed with addressing the crisis at hand while social distancing continues to put ballot drives on pause. Even New York Gov. Andrew Cuomo, who had earmarked 2020 as the year for marijuana legalization in his state, has been forced to abandon the initiative after his state emerged as the epicenter of the outbreak.

Luckily, the pandemic is likely to only act as a speed bump for the marijuana revolution.

Cannabis industry CEOs believe that the recent move by at least eight states deeming the industry essential has given it further legitimacy and will only accelerate the legalization drive.

They are not alone.

Gov. Phil Murphy of New Jersey recently declared that legalizing marijuana would be “an incredibly smart thing to do” especially considering plans by the state Senate to borrow nearly $10B. Last year, Colorado achieved a key milestone after becoming the first state to collect $1B in cumulative marijuana taxes on legal sales of $6.56B. With 90% of the U.S.’ $56B marijuana annual sales happening in the blackmarket, many more state officials will definitely want to legalize marijuana and lay their hands on the juicy cannabis taxes.

And, they have the American public on their side, too.

Public approval of the industry has improved dramatically, with two thirds of Americans in support of marijuanal legalization compared to just 31% two decades ago.

Just like is the case with many other industries, the pandemic has been exposing vulnerabilities in the cannabis supply chain, especially for companies that source material such as vape hardware and packaging from overseas markets.

But as we have reported above, the industry is proving highly resistant to the ravages of the pandemic that have laid waste to so many other businesses. Sellers have reported that consumer habits have been changing with marijuana users becoming more discerning in what they consume. However, the sales trajectory has remained strongly upwards and is likely to continue going strong in the coming years thanks mainly to the legalization drive and widespread public acceptance of the drug.

Cowen analysts have forecast that the U.S. marijuana industry will generate $85B in sales in 2030 from just $13.5B in 2019 as current headwinds turn into positive catalysts as the sector matures. That’s a splendid 530% increase in the space of just a decade, a growth clip that few industries of its size will be able to match.

As the industry continues to mature and the consumer base widens, there’s a growing movement towards sustainable brands.

The average marijuana user is becoming more discerning, caring a lot more about who, where and how their cannabis products are produced. Further, consumers are increasingly getting smarter and delving deeper into details other than just THC and CBD into other lesser known cannabinoids, such as CBN and CBG.

Consequently, organic, clean and natural have become the new mantra of the modern marijuana industry which in turn is driving increased demand for sustainable cannabis.

This trend has been favoring vertically integrated cannabis producers who oversee the entire value chain from growth and processing to retail.

For instance, there’s a tendency for consumers to rush to buy any cannabis product whenever a state’s prohibition ends. However, it usually does not take long before this novelty wears off, and a growing class of educated consumers start demanding products that taste good, look good, and are created with ethical practices. This is fueling the emergence of companies with a sole focus on producing quality craft/connoisseur products that maximize the capabilities of various cannabis strains so as to enhance their effects or medical attributes.

Highly specialized craft companies tend to be small businesses, and we are unlikely to see their demise even as the consolidation drive continues to gain momentum.

At the same time, there’s a consolidation drive going on in the marijuana industry involving mainstream CBD companies as well as more vertically integrated multi-state operators that are able to withstand market volatility.

Mergers and consolidations, especially by multi-state operators, allow them to consolidate administrative tasks and eliminate redundancies. This way,  between pooling of administrative resources and automation, they are able to achieve as much as 40% reduction in necessary personnel. They are also able to continue leveraging the benefits of having a multi-state presence as the regulatory environment shifts in individual states.

But as we pointed earlier, smaller cannabis companies with plenty of experience in the industry and those that have been able to maximize production efficiencies will continue occupying their niche.