Home Markets Metals and Mining Megatrends for the 2020s 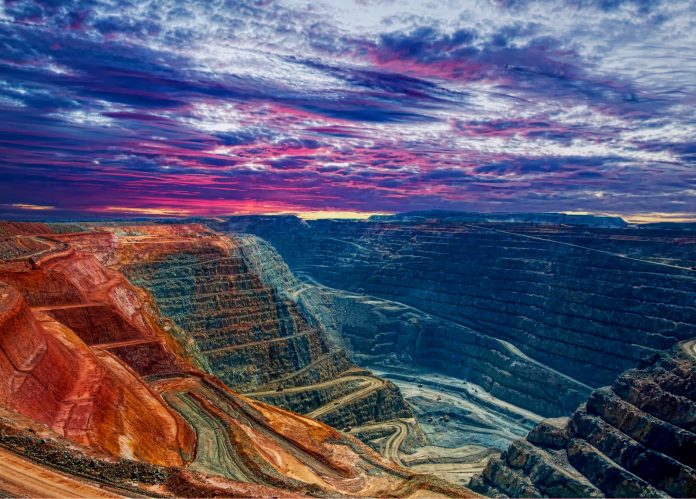 A historical event without precedent in living memory, the COVID-19 pandemic has affected the commodity markets, including metals and mining, in a variety of ways with many miners experiencing the downside of relying on global supply chains, specialization and ultra-lean operations.

Many mining operations have been disrupted through government-mandated shutdowns as well as isolated outbreaks while the demand for commodities has plummeted quite dramatically leading to depressed commodity prices.

For instance, at one point, prices for platinum and palladium–metals widely used as automotive catalytic converters–dropped more than 40% in the space of just three weeks due to sharp falls in vehicle sales, while similar sharp price drops have also been recorded for copper, iron ore, zinc and even coal due to the renewables boom.

On the opposite end of the spectrum, uranium prices have surged to 3-year highs thanks to shutdowns of critical mines at Canada’s Cameco and Kazakhstan’s Kazatomprom, suppliers of more than half of the global uranium consumption while gold prices are sitting at all-time highs in the classical flight-to-safety trade.

Consequently, most metal and mining stocks (along with energy, chemicals and industrial companies) have fared worse than the market average, with research firm McKinsey predicting that the industry may lose as much as $200 billion in 2020 EBITDA (earnings before interest, taxes, depreciation, and amortization) compared to a year ago thus making cost competitiveness a top priority.

However, the pandemic has also been highlighting the mining sector’s resilience.

Global management consulting firm McKinsey says a recovery for the metals and mining sector is already underway while PwC has noted that the top 40 biggest miners have so far sailed through the pandemic unscathed by demonstrating that they can adapt and innovate along with the best in response to this crisis.

“Mining has made impressive progress in the past few years, with many firms streamlining their portfolios and establishing more robust balance sheets in order to put themselves in a position of strength regardless of what lies ahead. At the same time, they are addressing climate change, developing new opportunities, strengthening community relationships, and investigating new ways to create value. All of this is in the service of pursuing sustainable growth and is reflected in the key industry trends identified for the new edition of our report.”

Deloitte has reported that China’s manufacturing and mining operations are showing signs of recovery as the country emerges from the worst of the pandemic but notes that  a full recovery in commodity prices might take a few more quarters. China is one of the world’s biggest mining jurisdictions, producing about half of the world’s steel and importing more than 70% of the world’s seaborne iron ore.

Given this backdrop of a downturn in commodity prices, increasing market volatility, and the ESG megatrend, automation, cost cuts, improved operational efficiency and the rise of a new class of metals are set to become the new normal for the metals and mining industry over the long-term.

Here are the top megatrends that are likely to shape the industry in the current decade and even beyond.

Base and precious metals mining are well-established markets that have matured over decades or even centuries. However, we are now witnessing the dawn of a new era for specialized metals such as lithium and cobalt thanks to the exponential growth of the electrification drive and robust demand for lithium-ion batteries.

According to the Bloomberg New Energy Finance (BNEF), annual EV sales globally are expected to grow fifteen-fold over the next 10 years from 1.7M units in 2020 to 26M units in 2030 with EVs accounting for 28% of new vehicle sales from just 2.7% in the current year.

With nearly 40% of the world’s lithium supply and half of cobalt’s going into EV batteries, the EV explosion will be a key driver of the demand of these two key battery metals over the next decade.

Unfortunately, this might not necessarily translate to higher prices.

The huge demand growth for lithium has been met by an even bigger growth in supply leading to depressed prices.

According to forecasts by Morgan Stanley, new lithium supply from Argentina, Australia, and Chile, could add as much as 500,000 tonnes of the metal to the market every year through 2025–or more than twice as much as the current annual supply of approximately 215,000 tonnes–leading to sustained low prices.

The cobalt market has not fared much better after prices crashed in 2018 and 2019— again due to an oversupply.

The cobalt outlook is even more difficult to model because 60% of the world’s supply currently comes from the Democractic Republic of Congo, a country rife with civil strife, unethical mining and where artisanal mines account for as much as 20% of production. Further, EV manufacturers like Tesla Inc. (NASDAQ:TSLA) have vowed to shift to cobalt-free batteries which might depress future demand.

Currently, mining in remote  areas presents a tremendous risk to miners mainly due to poor accessibility and a dearth of essential infrastructure. However, exploration and mining commodities in the final frontiers are likely to gain traction as the decade rolls on as traditional reserves increasingly deplete their resources and ore-grades fall.

Further, rising environmental standards is likely to incentivize miners to develop remote deposits as they try to avoid conflicts with local communities.

The leading final frontiers for mining that are likely to see increased interests in the coming years include the deep sea, the Arctic, and even space mining with Arctic mining presenting the best prospects so far.

The COVID-19 crisis and subsequent low commodity prices has once again highlighted the importance of keeping operating costs low to ensure the long-term viability of mining operations.

There’s already an ongoing wave of integration of advanced technologies in mining operations; this is only expected to accelerate over the coming years. These technologies include:

Automation: Already prevalent in the mining industry, the increasing adoption of automation in mining setups is expected to significantly ramp up over the next decade as miners strive to reduce costs by eliminating human labour.

Automation processes include  applying robotic technology to vehicles and equipment as well as software automation. Anglo-Australian multinational, Rio Tinto (NYSE:RIO), has established itself as a leader in automating operations, especially at its Australian iron ore mines.

Artificial intelligence: The 2020s are widely expected to be the decade for Artificial Intelligence (AI) with many industries expected to benefit from application systems for simulating the extension and expansion of human intelligence, and the mining industry is no exception.

The integration of AI into mining operations, from the exploration stage to processing, is expected to facilitate the streamlining of operations and enhance safety at mines. By incorporating vast amounts of data inputs including drilling reports and geological surveys, AI models are able to make accurate predictions and provide recommendations on exploration resulting in higher yields, more efficient processes, and less environmental impact. Machine Learning (ML) technology can be used to facilitate repairs, predict failures and better identify valuable ores during the fragmentation assessment.

Blockchain: Miners from all over the world are increasingly deploying blockchain technology to improve supply chain transparency.

Consumption growth for key metals including iron ore (steel) and base metals is expected to continue over the next few decades but as a slower clip than the rate recorded during recent decades.

For instance, Chinese metal demand–a key driver of global demand–is expected to slow down from the torrid pace seen during the past two decades mainly due to increasing metal substitution and recycling. Whereas recycling might not necessarily reduce overall metals consumption, it’s likely to lower primary (non-recycled) metal consumption.

Currently, mineral extraction and smelting are among the sectors with the biggest environmental impacts. For instance, Rio Tinto estimates that energy use accounts for more than 90% of its total greenhouse gas (GHG) emissions. The mining sector is, therefore, coming under increasing regulatory, investor and social  pressure to reduce environmental impact and lower emissions especially due to the ESG revolution.

Mining companies will continue to face increasing pressure to adapt their corporate strategies to the low-carbon economy with the adoption of carbon pricing likely to significantly raise costs for miners and metal producers.

A host of countries with strong mining jurisdictions such as Chile and Canada have started implementing national carbon pricing systems.

Meanwhile, the ESG drive and shift to renewable energy has led to a rapid shift away from coal to wind, sun and natural gas.

You can expect these trends to continue gaining momentum and influence how mining operations will be conducted in the future.