Home Markets Biotech: Top 5 Emerging Trends for the Next Decade 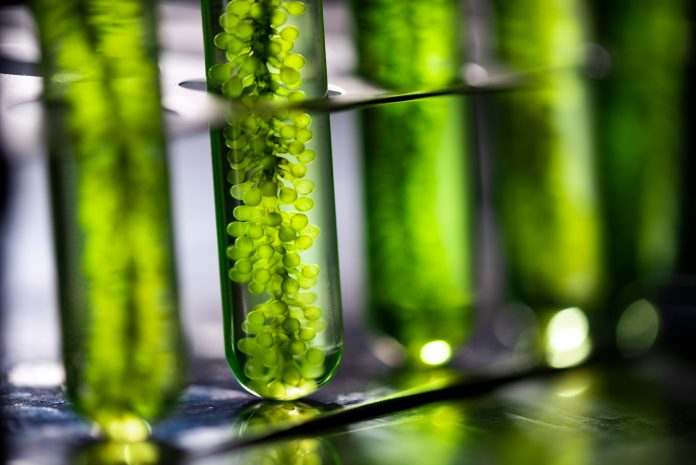 Since the dawn of civilization, humans have used the science of biotechnology extensively in the food industry, especially in fermentation techniques for brewing and cheese-making. But what began as recipes for food production has evolved into technologies to enhance everything from farming to pharmaceuticals, with modern biotechnology largely dealing with manipulating the DNA of organisms.

Over the past few decades, medical biotechnology has advanced in leaps and bounds, and we now have genetic laboratories equipped with DNA splicing enzymes that can deconstruct the entire genetic makeup of human beings–all 2 million+ bases of it–into understandable genetic codes.

Meanwhile, the biotech market is expanding at a brisk clip: Global Market Insights, Inc. has predicted that over the next five years, the global biotech industry will grow at a 10% compound annual growth rate (CAGR) to hit $775B by the end of the forecast period mainly driven by growing incidences of chronic diseases.

Here are the top 5 emerging trends that are likely to shape the biotech sector over the next decade.

The 2020s are widely expected to be the decade for Artificial Intelligence (AI) with many industries expected to benefit from application systems for simulating the extension and expansion of human intelligence.

The biotech industry is no exception..

It’s now safe to say that AI and Machine Learning (ML) have officially gone mainstream in the biotech industry. Three years ago, the U.S. Food and Drug Administration (FDA) approved applications that could make diagnostic assessments of various heart conditions. For instance, one of the applications–the artery system– takes just 15 seconds to produce a result compared to an hour or more that would be required using traditional tests such as ultrasound systems, MRIs and CT Scans. In February, the FDA authorized the marketing of software dubbed Caption Guidance that’s used to assist medical professionals in the acquisition of cardiac ultrasound, or echocardiography, images. Caption Guidance uses artificial intelligence to help medical professionals capture acceptable, diagnostic-quality images of a patient’s heart.

There’s no shortage of companies that are focussed on unleashing their machine learning AIs especially in the field of oncology: Medel.ai is developing machine learning AIs that can understand individual cancer cases and recommend clinical trials which can pave the way for treatment prescriptions while Atomwise, GEA enzymes and A2A are using a similar approach.

AI and ML are only beginning to break ground in the biotech industry. Recent applications to test hypotheses such as discovering novel regenerative pathways in salamanders and planarian worms has offered us a glimpse of what these applications can achieve when they reach their full potential.

CRISPR–shorthand for “Clusters of Regularly Interspaced Short Palindromic Repeats-’’ is a simple yet powerful tool for editing genomes. CRISPR-Cas9 was adapted from a naturally occurring genome editing system used by bacteria to identify and attack invading viruses by targeting their DNA.

CRISPR/Cas and genome editing are of great interest in the prevention and treatment of human diseases. Currently, the majority of genome editing research is dedicated towards understanding diseases using cells and animal models. The technology is being used in the research on a wide variety of diseases, including single-gene disorders such as cystic fibrosis,sickle cell disease and hemophilia. It also holds promise for the treatment and prevention of more complex diseases such as heart disease, cancer, human immunodeficiency virus (HIV) infection and mental illnesses.

But whereas the capacity of CRISPR/Cas tools to edit genomes is well-established, the technology is being adapted beyond its application in novel genome editing technologies such as base editing even the newer prime editing. Meanwhile, CRISPRi and CRISPRa are being used to conduct genetic screens while CRISPR/Cas systems are being used as biosensors for diagnostic purposes to identify the presence of various pathogen DNA.

These novel applications exploit the ability of Cas proteins to recognize RNA or DNA but intentionally impair their ability to break down nucleic acids. The future trend in gene editing is likely to see a whole host of enzymatic activity being coupled to CRISPR systems in the coming years.

Engineered or genetically modified organisms (GMOs) is a growing branch of medical biotechnology whereby scientists take a microorganism that’s genetically tractable and then modify it to produce a variety of compounds that are used in the health, energy, industrial or commercial contexts.

Unfortunately, not nearly enough work has gone into engineering biosynthetic organisms that can use unusual sources of carbon and energy. And, it’s not for lack of need. Global warming and our ever-increasing carbon dioxide emissions have encouraged research into novel microorganisms that can, for instance, assimilate CO2, or chemical derivatives of CO2 such as methanol. As scientists continue to engineer other resource utilization pathways, it may one day become possible to artificially synthesize specialty chemicals using readily available and cheaper bulk chemicals instead of using strain-specific growth media.

Unlike current biosynthesis techniques that involve taking existing cells and engineering them to our advantage, cell-free biosynthesis reproduces the necessary parts of cellular metabolism such as enzymes, energy sources, and cofactors outside of living cells. This technique allows the development of toxic compounds that would otherwise harm the living organism

Although cell-free synthesis has been possible for several years now, it has mainly focused on synthesizing relatively simple molecules such as fuel compounds or fixing carbon dioxide. However, new advances in the field are likely to see the production of more complex molecules such as natural products outside of cells in the coming years.

The cost of genetic sequencing has been coming down amazingly fast, from $2.7 billion used in the Human Genome Project in 1990 to less than $300 today, and potentially even lower. The lower costs are now allowing for more extensive screening of patients and the application of targeted interventions which, in turn, are enabling the successful development of personalized treatment plans and targeted therapies that focus on a patient’s unique genetic and molecular makeup. These gene-specific treatments tend to be a lot more effective than less-specific therapies.

Oncology and cancer treatment is one branch of medicine where targeted therapies are making a difference. A good example is in the treatment of blood cancer such as leukemia, where a technology known as CAR T-cell therapy stimulates a patient’s immune system to attack tumors.