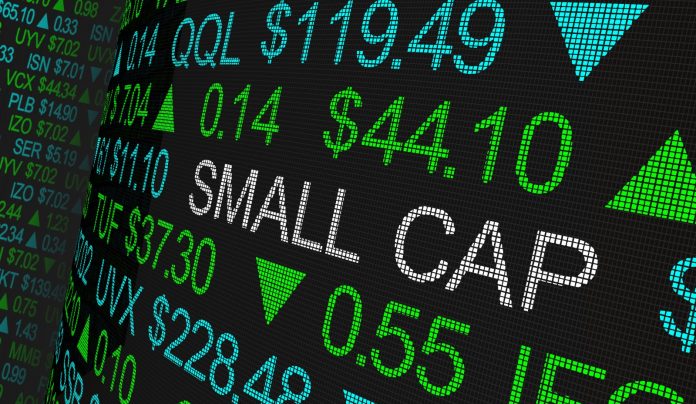 Over the past two decades, some of the best and highest-yielding investments have been made by investors who recognized the potential of small-cap stocks.

You really don’t have to look very far to find small caps (market capitalizations ranging from $300 million to $2 billion) that have turned into multibaggers over the years:

One common theme about these super-successful companies is that early-in investors who caught them when they were sitting on the cusp of megatrends such as clean energy, eCommerce, the mobile revolution and cloud computing realized truly outsized gains that beat average market returns many times over.

They say hindsight is 20/20 but early investors with an eagle eye can still spot emerging megatrends that will power the next wave of big winners, and small-caps are among the best bets.

Despite their higher potential for growth, small-cap stocks have lately been neglected simply because most investors are too focused on bigger and well-known cult stocks such as Amazon, Tesla, Netflix and Apple Inc. (NASDAQ:AAPL). Indeed, the now well-worn playbook of investing in tech and popular FAANG stocks is a big reason why small-caps have lagged their bigger brethren over the past decade.

This disinterest in small-caps has created rare opportunities to find strong companies that are worthy of your attention. Here are small-caps lying in the intersection of megatrends that could outperform in the 2020s.

Lately, investors can’t seem to get enough of EV companies, thanks in large part to the ESG boom as well as the continuing shift from fossil fuels to cleaner energy sources with lower emissions and carbon footprints.

The de facto leader of the space,TSLA, has been on a tear, surging nearly 600% in the year-to-date after scoring big success at its Gigafactory 3 in China where it’s expected to sell 150K vehicles in only its first year of operations there. This has helped alleviate fears that ultra-low oil prices would act as a disincentive for people looking to make the switch from gas-burning vehicles to EVs.

While Tesla remains a good pick, the smaller EV companies that are just getting started might offer the biggest returns down the road. These include companies such as:

Just like the EV sector, renewable energy stocks have lately turned red-hot: Invesco WilderHill Clean Energy ETF (PBW), an ETF designed to track US-listed stocks in the Clean Energy sector, has returned 56.8% YTD and 80.1% over 52 weeks thanks again to the unstoppable ESG momentum.

Renewables such as wind and solar have continued to post solid growth even during the pandemic thus proving the resilience of the sector. The sector has also been booming as the costs of renewables continue to fall thus making them competitive with fossil fuels.

Some of the top small-cap picks in the renewables sector include:

Like EV and renewable energy companies, stocks of hydrogen fuel cell manufacturers have been booming thanks to hydrogen power emerging as a good complement to renewable energy. Due to the intermittent nature of wind and solar in power generation, incorporating hydrogen helps to stabilize the power grid by providing a highly stable and predictable flow of electricity.

The EU has lately touted a hydrogen economy in its latest topline targets as an important aspect in fighting climate change and has set an ambitious goal to build 40GW of electrolyzers within its borders over the next decade.

Unfortunately, the hydrogen fuel cell market is littered with microcaps one the lower end of the spectrum and mid-caps on the higher end and no small caps in-between. Nevertheless, some of the better picks here include: