Home Markets The Most Profitable Way To Play The Gold Boom 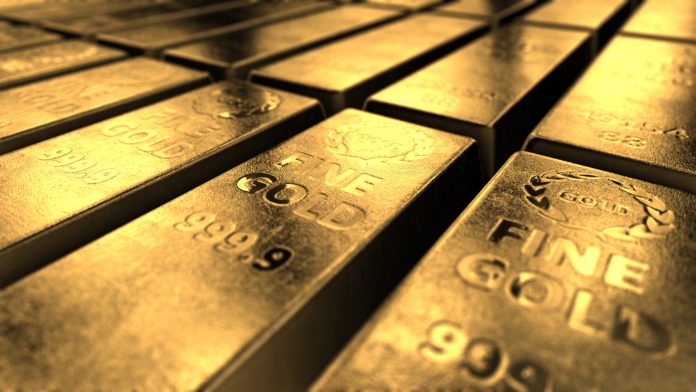 Australia’s first New South Wales Gold Rush took place over 120 years ago. Back then, prospectors wielded nothing more than pickaxes.

Now, a second NSW Gold Rush is on, with a mad rush to this territory with gold explorers  wielding the latest exploring technology.

Huge mining names have now gathered. And a sea of junior explorers is attempting to storm the venue.

Sentinel Resources Corp. (CSE:SNL; OTC:SNLRF) is already up over 3X (and rising) likely because it’s sitting on an incredibly massive gold land  package in one of the most untapped gold rush venues in the world.

And it may only need one of its ~200 historic, high-grade gold rush-era mines and major gold showings to hit it big.

Those are odds that investors love.

The world’s central banks are on an unprecedented money-printing binge.

By Q2 2020 alone, in a frantic attempt to save the economy squashed by a pandemic, the Feds have printed some $3.5 trillion in new money, out of thin air.

The biggest banks in the world are eyeing gold prices of around $3,000 in just over a year.  FormerCitigroup billionaire Thomas Kaplan predicts $5,000 gold.

And the smartest investors are doing the deep research to uncover small-cap gold explorers sitting on billions in potential gold.

Small stocks like this have the potential to hand investors gains of 2,000%… even more.

Already, we’ve seen over a 3X gain for Sentinel, but with a tiny $15M market-cap sitting on 95,000 hectares and 198 historic, high-grade gold mines and major gold showings, there is extraordinary upside potential.

Especially with $126 billion underground in the area…

Again, Sentinel (CSE:SNL; OTC:SNLRF) has 8 huge gold projects in NSW. Some of them could have gold concentrations that would have the world’s top miners flocking to the area.

And that’s in a territory that’s already produced over 40 million ounces of gold … and still has an estimated 68 million+ ounces in the ground.

Some 60 of the 198 historic gold mines and major gold showings  Sentinel has acquired in NSW are previous high-grade mines with potential to be developed into world-class gold mines.

And 17 of those 60 have shown some intersections with gold concentrations of up to 184 grams per ton (g/t) Au.

Now, Sentinel needs to prove that gold up, and that’s where the news flow promises to be fast and furious, potentially taking a stock to the heights that mint new millionaires out of investors in this sector.

As we speak, Sentinel is running a high-tech evaluation of all 198 historic mines and gold showings across its 8 gold projects. They’ll pick the top 50% for Phase 2 exploration–the second de-risking. The remaining 50% will be considered for joint venture.

Sentinel’s already got a massive historic database of over 3,000 data points on these NSW gold plays. That’s easily worth over $30 million in free exploration juice.

Honing in on just one target area paints a picture of the sheer breadth of this gold potential:

The Peel-Manning Fault System, for starters, is a structuree between two continental blocks–and it’s a colossal structure that’s already shed half a million ounces of minerals (that’s $862 million in today’s dollars). Sentinel is eyeing the possibility here that in 2 areas of the system alone, they could get more than a million ounces of gold, making it arguably one of the top junior gold plays in the entire world.

Because of the unique geology of the area, gold was formed in high densities. A historic gold nugget worth $17.3 million was found at Sentinel’s Stanleys project–120 years ago. It made front-page news then. It would make a digital explosion today.

But Sentinel (CSE:SNL; OTC:SNLRF)isn’t going for a single gold nugget–no matter how big it is. It’s going for … gold … in 8 massive projects littered with almost 200 historic, high-grade mines and gold showings of Gold Rush fame.

And they have one of the biggest names in gold exploration behind them.

Dr. Chris Wilson, professional geologist and specialist mine finder. Dr. Wilson has been directly involved in the development of some of the most explosive juniors in recent months, particularly in Australia!

Wilson’s is a name connected with almost every major gold-mining success story you’ve heard in the past three decades–and particularly on the junior mining scene.

He served as the head of exploration for Ivanhoe Mines for a decade, leading the company’s Mongolia mining exploration covering a massive 11 million hectares.

He’s the go-to expert for area selection, prospect generation and target generation, and his tracking record in large resource drilling is unparalleled.

He’s worked on major projects in over 75 countries–and now he’s jumping in on Sentinel’s NSW exploration in a huge vote of confidence for investors.

And he’s joined by another high-profile senior advisor to Sentinel–Karl Kottmeier, a force of nature on the TSX who’s managed and raised over $200 million in equity capital for resource-based ventures, including Rockgate Capital Corp. and American Lithium.

GET IN NOW BEFORE NEWS GETS OUT

Smart investors are getting in now… ahead of future catalysts.

It’s already got exploration data to work with, and it’s already identifying targets.

Within three months, this story could be out of the bag, and with more exposure this NSW gold rush will be hard to contain.

And this is a true gold rush. Everyone’s congregating here–with big results.

They’re surrounding Sentinel, and their news flow IS Sentinel’s as well. With each new drilling result from FSX, KL and NCM, Sentinel’s stock can potentially get a boost because NSW is now on almost everyone’s radar as the one of the most extraordinary gold opportunities, ever.

Sentinel’s 8 projects, 200 previous mines and gold showings and 95,000 hectares means an extremely robust approach to gold exploration. It may only have to make a discovery in one of its former mines to shoot through the roof.

They’re sitting on some of the most highly prospective ground in the world with an unbelievable land package in Gold Rush territory that’s been forgotten for over a century. In terms of geological addresses, it doesn’t get any better than this. And with some  of the biggest names in gold exploration behind the wheel, the de-risking looks delightful.

Smart investors are getting in ahead of the next big NSW announcement, Sentinel Resources exploration results, or another historic multi-million-dollar nugget shared on Twitter and Facebook worldwide. If that happens, Sentinel Resources Corp. (CSE:SNL; OTC:SNLRF) could become one of the biggest gold explorer stories of 2020.

PAID ADVERTISEMENT. This article is a paid advertisement. GlobalInvestmentDaily.com and its owners, managers, employees, and assigns (collectively “the Publisher”) is often paid by one or more of the profiled companies or a third party to disseminate these types of communications. In this case, the Publisher has been compensated by Sentinel Resources Corp. to conduct investor awareness advertising and marketing. Sentinel paid the Publisher to produce and disseminate five similar articles and additional banner ads at a rate of seventy thousand US dollars per article. This compensation should be viewed as a major conflict with our ability to be unbiased.

This communication is not, and should not be construed to be, an offer to sell or a solicitation of an offer to buy any security. Neither this communication nor the Publisher purport to provide a complete analysis of any company or its financial position. The Publisher is not, and does not purport to be, a broker-dealer or registered investment adviser. This communication is not, and should not be construed to be, personalized investment advice directed to or appropriate for any particular investor. Any investment should be made only after consulting a professional investment advisor and only after reviewing the financial statements and other pertinent corporate information about the company. Further, readers are advised to read and carefully consider the Risk Factors identified and discussed in the advertised company’s SEC, SEDAR and/or other government filings. Investing in securities, particularly microcap securities, is speculative and carries a high degree of risk. Past performance does not guarantee future results. This communication is based on information generally available to the public and on interviews with company management, and does not (to the Publisher’s knowledge, as confirmed by Sentinel) contain any material, non-public information. The information on which it is based is believed to be reliable. Nevertheless, the Publisher cannot guarantee the accuracy or completeness of the information.

FORWARD LOOKING STATEMENTS. This publication contains forward-looking statements, including statements regarding expected continual growth of the featured companies and/or industry. The Publisher notes that statements contained herein that look forward in time, which include everything other than historical information, involve risks and uncertainties that may affect the companies’ actual results of operations. Factors that could cause actual results to differ include, but are not limited to, changing governmental laws and policies impacting the company’s business, the degree of success of identifying mineral-rich areas to explore, the degree of success of drilling excursions, geopolitical issues in the various parts of the world in which the company operates, the size and growth of the market for the companies’ products and services, the ability of management to execute its business plan, the companies’ ability to fund its capital requirements in the near term and long term, pricing pressures, etc.

INDEMNIFICATION/RELEASE OF LIABILITY. By reading this communication, you acknowledge that you have read and understand this disclaimer, and further that to the greatest extent permitted under law, you release the Publisher, its affiliates, assigns and successors from any and all liability, damages, and injury from this communication. You further warrant that you are solely responsible for any financial outcome that may come from your investment decisions.

INTELLECTUAL PROPERTY. GlobalInvestmentDaily.com is the Publisher’s trademark. All other trademarks used in this communication are the property of their respective trademark holders.  The Publisher is not affiliated, connected, or associated with, and is not sponsored, approved, or originated by, the trademark holders unless otherwise stated. No claim is made by the Publisher to any rights in any third-party trademarks.

The past 12 months have seen an explosion in the market for digital collectible cards with “Sports Cards” searches recording a more...

Why Was I Born, If It Wasn’t Forever?-- Eugène Ionesco, French Playwright. Since the dawn of civilization, humanity has...

After a 3-year drought, crypto bulls are once again basking in the limelight as bitcoin and its altcoin peers continue to take...

The Covid-19 pandemic has proven to be a major boon for the gaming industry, particularly video games and eSports in the so-called...

Thousands of years ago, ancient Aztecs may have held the key to the next biotech breakthrough. During ceremonial rituals,...