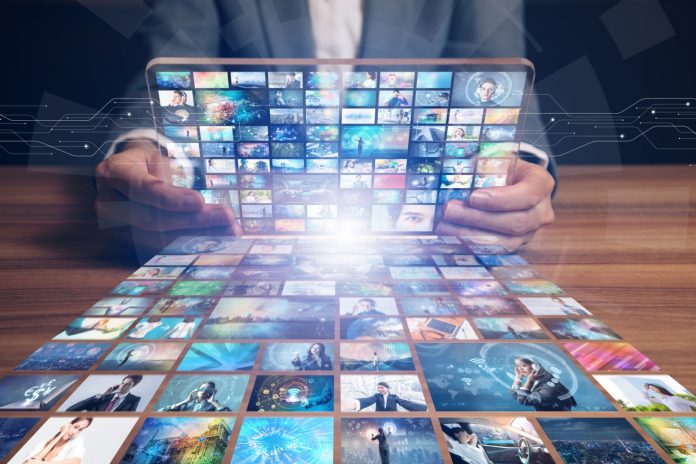 Nowadays, nearly every media company, from Apple, Comcast and Disney to Amazon and beyond is taking a stake in the explosively growing TV streaming business, which was worth nearly $43 billion in 2019–before the major COVID catalyst.

Almost 2 million American households canceled cable and satellite TV subscriptions in the first quarter of 2020. They followed the 5.5 million households who cut the cord last year.

And this is only the beginning: Experts say that more and more Americans will opt out of cable and satellite in favor of online streaming services. Projections are that 76 million households are expected to cut the cable cord by 2023.

The main catalyst booster is, of course, the pandemic.

A recent survey by Invoke found that 75% of participants are watching more streaming content than before the pandemic struck.

In Deloitte’s most recent Digital Media Trends Survey, 69% indicated that they had at least one streaming video subscription, versus 65% with a traditional pay-TV subscription.

But now that the war between streaming and cable has balanced out in favor of the former, there’s a second war already in full swing: Streamer versus streamer.

Even in the high-growth streaming business, experts warn that the marketplace cannot support this many major players. Many will either fold or merge, making this a fast-paced war of consolidation over market share.

Other streaming services such as Hulu are relatively small by comparison, but even it has some 32 million subscribers in the U.S. Disney’s new service, Disney,+ has surpassed 55 million subscribers since it launched late last year. But that number is combined with Hulu and ESPN, both of which Disney offers in its “bundle” option.

AT&T WarnerMedia’s HBO Max and Comcast’s Peacock just made their debuts in the market, as well.

So far, the market has witnessed few mergers despite warnings that it might reduce competition and lead to increased costs for consumers.

Earlier in 2020, rival TV providers Dish and DirecTV were positioned to merge but it’s a messy business because DirecTV is currently owned by AT&T following a $49 billion ($67.1 billion with debt) acquisition four years ago. However messy, though, this merger is still seen as inevitable.

As far as consumers are concerned, those mergers are never to their benefit. Following the $85 billion merger between AT&T and Time Warner, customers saw subscription price increase three times. The first increase took place just two weeks after the merger, and this year alone prices have gone up by 50%. Over the last year, AT&T has lost over 2.3 million TV subscribers while during the first quarter of this year, more than one million ‘signed out” permanently.

AT&T is not alone in this: Other players have also increased prices, including Sling TV, Hulu Live TV and YouTubeTV.

While subscribers are fleeing cable and satellite, the ‘skinny bundle’ streaming services are also grappling with the rising cost of programming and many are now reducing their content offerings. PlayStation Vue, Sony’s live television streaming service, one of the oldest in the market, shut down late last year due to high costs.

In the meantime, the future of this battlefield will be littered with mergers as this playing field comes increasingly fluid and as growth climbs exponentially during a pandemic that appears to have decided the fate of the cable dinosaurs.

And the battle is global, not just American.

China is one of the most ferocious battlegrounds in the streaming world. There, giant Tencent Video is in no-holds-barred fight with iQiyi. The two make are the biggest streamers in the country, and it’s working towards a duopoly. iQiyi has already been dubbed “the Netflix of China”, and Tencent really needs no introduction.